Work began nearly three years ago on the museum grounds to create a reproduction of the 1908 Littlejohn Farm House, originally built in the community of Shanks south of Kirvin.

The family patriarch was John Thomas (JT) Littlejohn, a farmer and itinerant minister from Webster County, Georgia, who moved his family to Texas in 1885, eventually settling in Freestone County. In 1900, JT and his son, Lonnie, purchased the original 100 acres in the community of Shanks.

Aided by his father, Lonnie quickly conceived, designed and began building a home for the family, completing the basic unpainted house in 1908. It was a windmill design with four bedrooms opening onto covered porches. 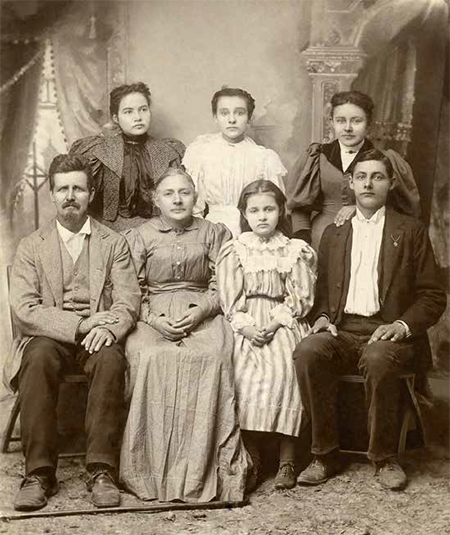 The original house had no electricity or indoor plumbing. Kerosene lamps were used for lighting. A water well was located 50 feet from the east corner of the porch and provided water for drinking, cooking, and bathing. An outbuilding, complete with chamber pots at night, provided the only sanitary facilities.

Austin architect Dick Clark first saw Littlejohn’s century home in 1995 when he attended a funeral at Shanks Cemetery with his longtime companion and Littlejohn descendant, Sherry Matthews. Dick was immediately impressed with the architecture of the house, designed by someone who had never studied architecture formally, and decided it had to be preserved.

Dick died of leukemia in 2017, but he left funds to continue his efforts to save the house. 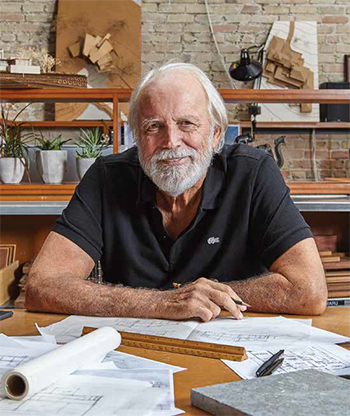 DICK CLARK III, FAIA 1944–2017: In his 45 years as an architect, Dick designed over 1,000 residential and commercial projects and won over 70 awards, including the prestigious Fellow of the American Institute of Architects in 2013. He earned multiple design degrees from the University of Texas School of Architecture and Harvard Graduate School of Design and opened his business, Dick Clark Architecture, in Austin in 1976.

On October 14, 2019, FCHM Board Members Linda Mullen and Don Awalt met and signed a building contract with Dick Clark III Foundation Donor Advisor Sherry Matthews (formerly Sherry Smith of Teague and representative of the Littlejohn family), to proceed with the reproduction of the 1900s Littlejohn house, located on a farm of almost 300 acres, in the Shanks community.

The original plans were to move and restore the uniquely designed house. After much research and consultation with historic architect Mark Thacker of Tyler and others, the Littlejohn family learned that the structure was not stable enough to be transported and that less than 15% of the original house could be restored. A reproduction of the house, with its 45-degree angled south wings, three porches, steep gabled roof with geometric wood shingles on the gables, and teardrop-shaped wood siding was built, using artifacts from the original house and new materials that retain the authenticity of the original construction. The 1908 farm was designed and built by Lonnie B. Littlejohn (inventor of many unique cross breeds of vegetables and fruits, a four wheel drive mechanism and a steel tire).

Campbell Custom Homes of Bullard, TX supervised the reproduction. Foundation work began in early December 2019, with the floor completed in mid-January and the roof in late February. At the end of April, the coating was finished and the painting had begun. On July 24, 2020, the construction phase of the Littlejohn House was complete; with the kitchen floors, walls, doors and cabinets crafted in wood from the original house.

The Museum Board is very grateful to the Dick Clark III Foundation for fully funding the Littlejohn Project. Clark was an award-winning FAIA architect who admired the Littlejohn House and was among those who wanted to see it restored.

Plan to join them this Saturday to showcase their new Freestone County treasure.