There will be music by members of the Bethel AME Church Choir.

“We hope that (Benjamin Tausig) will talk about the importance and influence of Rocco on later musicians,” Elliott said.

The text that will appear on the historical markers cannot be published before the dedication. It briefly summarizes Maurice Rocco’s local musical training and the history of Woodside Cemetery, which had been maintained jointly by the town and the township, but became the responsibility of the town in 2002.

Maurice Rocco was the stage name of Maurice John Rockhold, who was born in Oxford in 1915. His family was described as “musically talented” and he went on to pursue a career as a musician, singer and songwriter, dealing with such notables as Noble Sissle, Duke Ellington and Lena Horne among others.

This career was rooted in Oxford, as detailed in a February 26, 2010 article in The Oxford Press.

This story explained: “Maurice knew how to play the piano at the age of 4, but because he was too small to touch the pedals while seated, he played standing up. By the time he was given the stage name Rocco, he had developed a unique style of playing the piano and dancing at the same time.

Elliott said further research indicates some of this could have been embellished.

“The story of how he learned to play the piano standing up (because he was a child) was just one story among many,” she said. “He later said that someone took his stool from a nightclub and he improvised.”

However his style of play developed, there was more to his youthful local recognition contained in this 2010 article.

“While Maurice was a student at Oxford Public School on West Spring Street, the headmaster recognized his abilities and asked him to perform school functions, including the daily ritual of ushering pupils in and out of the building. Those who knew Maurice remembered that he often deviated from dark steps by jazzing them up. He also performed for dances, parties and public events until his talent was discovered and he left Oxford to play clubs in Cincinnati and then with Duke Ellington,” the article read.

His career saw him starring in Hollywood films and he was famous for his boogie-woogie performances. With the onset of rock ‘n roll music, the popularity of jazz faded and Rocco moved to France and later to Bangkok, where he continued to entertain audiences in nightclubs.

Maurice Rocco plays the piano in New York in this photograph by Diaz & Rogers, courtesy of the Smith Library of Regional History. CONTRIBUTED 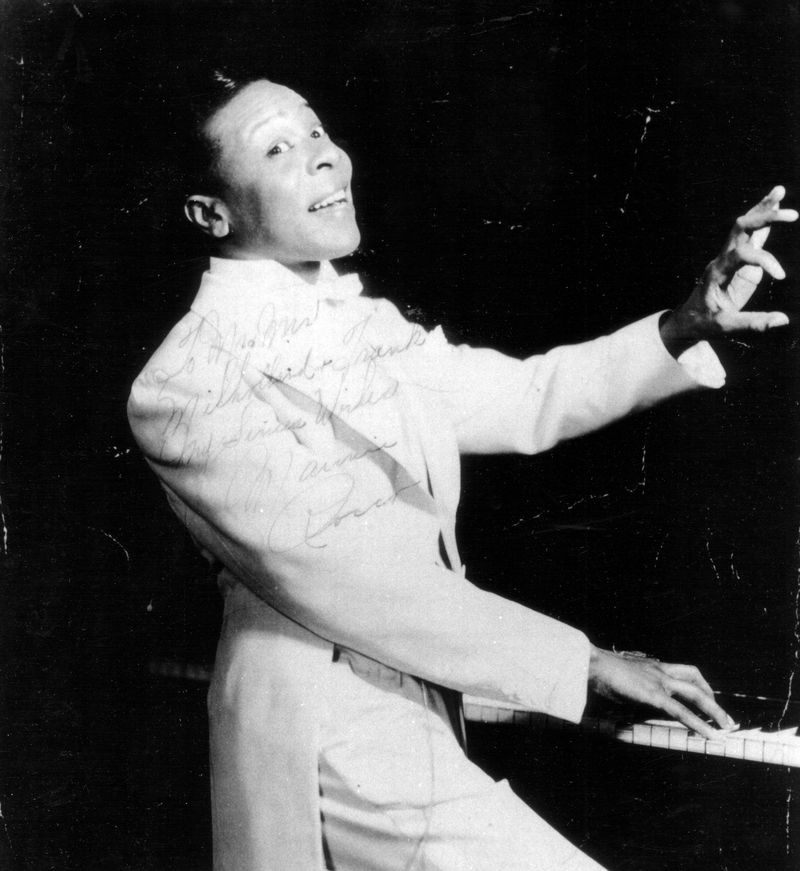 Maurice Rocco plays the piano in New York in this photograph by Diaz & Rogers, courtesy of the Smith Library of Regional History. CONTRIBUTED

This is where his life tragically ended.

“In 1976, while living in Bangkok, he was murdered in his apartment. No motive has been discovered and no one has been arrested or charged. Maurice Rocco’s body was returned to Oxford for burial in Woodside Cemetery, close to other members of the Rockhold family,” the article concludes.

It was later learned that he was cremated and his ashes were buried in Woodside Cemetery.

The history of the cemetery dates back to 1880 when it was established as the Oxford Township Cemetery. It replaced the one at College Avenue and Spring Street which had been abandoned when it was bisected by the railroad in the 1850s. It was later renamed Woodside Cemetery in 1931.

The new cemetery was established amid the University of Miami’s 12-year closure, 1873-1885. Township administrators have discussed the idea of ​​a new cemetery at several meetings. In 1879 they noted that they were not inclined to do anything to vacate the old cemetery, but on May 1, 1880 they met with two members of the village council about the purchase of a terrain.

Township and village officials met on May 8 to discuss the matter.

The process of establishing the cemetery is detailed in Sylvia Ferguson’s book “Burial Grounds of Oxford” indicating that after this meeting progress towards a new cemetery was rapid.

“The trustees met May 15, 1880, and approved a bill in the amount of $453.75 from Harriet N. Logan, Matthew N. Rose, and James Logan for six and 5/100 acres of land to be used as a cemetery of the township, the act of the same being done at the incorporated village of Oxford,” he explains in the book.

Ferguson’s book goes on to explain: “The first interment in the new cemetery at Oxford Township was that of Margaret Boston, 18-year-old daughter of Civil War veteran Thomas Boston. She died of consumption and was buried on July 10, 1880. In the two years between that date and August 9, 1882, there were only 37 interments in the new township cemetery. In September 1882, he began to receive bodies which were being removed from the original old cemetery. During that month, 42 bodies were transported through the city from the grounds near the depot on West Spring Street to the old Logan-Rose Farm on East Chestnut Street (then Exterior Street South).

A city tour in a horse-drawn carriage, trap door and buggy was organized in September 1885 to celebrate the reopening of the university. This feast day stimulated interest in the permanent closure of the cemetery.