The heartbroken families of the tragic Aidan Moffitt and Michael Snee will drop off their loved ones in their hometown on Monday.

The bodies of the two men were found in their separate homes in Sligo Town this week.

The funeral of Mr Moffitt, 42, will take place on Easter Monday in Lisacul, Co Roscommon.

The auctioneer and peace commissioner was found dead at his home in Cartron Heights, Sligo town last Monday night.

His funeral will be held at Christ the King Church in Lisacul, followed by interment at Lisacul Cemetery.

An online obituary said the local Fine Gael campaigner will be ‘dearly missed and lovingly remembered by his heartbroken family’. 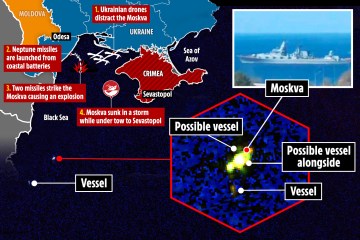 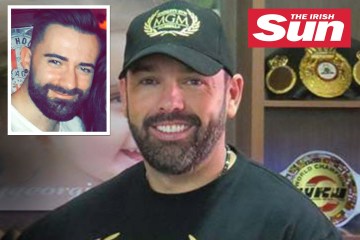 The removal of Mr Moffitt from Sharkey Funeral Home in Ballaghaderreen, where he will rest on Easter Sunday from 4pm to 7pm, is due to take place at 11.30am at Christ the King Church.

Michael Snee will be buried alongside his mother in St Joseph Parish, Ballytivnan. He grew up in the Carton area where Mr. Moffitt lived.

A note on www.rip.ie read: “At his place. Predeceased by his mother, Phil. Beloved son of John. Cherished brother of Mary and Tina. Doting uncle of Aaron, Shannon and Sophie.

Most read in The Irish Sun

“So missed by his loving family; brother-in-law Francis, aunts Marie and Kitty, cousins, relatives and friends. Rest in peace.

“Rest at the family home, from 2 p.m. to 8 p.m. on Saturday and Sunday. Picked up from his family home at 11.30am Monday at St Joseph’s Church, Ballytivnan to arrive for the Christian burial mass at 12pm. Interment to follow at Sligo Cemetery. “

Thousands of people are expected to show solidarity and support for those affected by the double tragedy.

A commemoration will take place this evening at Sligo Town Hall, while in Dublin a vigil is being held at the Dail at the same time.

Sligo Pride, who organized the Sligo vigil, said they were “shocked and devastated” to learn of the recent deaths.

A statement said: “Our condolences go out to the friends and families of the victims.

“We hope this [vigil] will give people a chance to grieve and mourn the loss of Aidan and Michael.

In a statement, Dublin Pride said: ‘As a community we are hurting, angry, scared and many of us feel helpless at this time.

“We’ve been here before and we know exactly what to do. We will come together and share our grief, we will remember and honor Aidan Moffitt and Michael Snee.

In Galway, a remembrance for the pair will take place in Eyre Square at 7pm on Saturday.

Smaller events are held across the country for people who wish to pay their respects.

Fingal’s Green Party councilor Karen Power hosted one in Skerries, County Dublin, for those who couldn’t make it to the Dail.

She said: “I’ve been completely devastated by the last week of what’s happened and it really hit me that we didn’t get as far as we needed to, not even close.”

The vigil in Cork will take place on Monday evening and was organized by members of Gay Project, LINC and Cork Pride.

Gay Project coordinator Ailsa Spindler said the event will help raise awareness of some of the issues members of the LGBTQI+ community frequently face.

She said: “The community is together on this. We must show solidarity because this scares everyone, but especially young people. “

LGBT Ireland said it was “deeply saddened” by the killings, describing it as a “dark week” for the Irish community.

LGBT Ireland chief executive Paula Fagan said she expected a high turnout at vigils, with a total of 35 vigils across the country.

She said there was a “deep sense of loss” in Sligo and further afield following the men’s deaths.

Ms Fagan added that the vigils are an opportunity for people to come together to remember Aidan and Michael and to offer solidarity and support to their families and friends.

The Muslim community in Ireland also expressed its solidarity with all those affected by the double tragedy in Sligo.

In a statement, the Irish Muslim Peace and Immigration Council said: “IMPIC wishes to express our shock and sadness at the deaths of Michael Snee and Aidan Moffitt in Sligo this week.

“We particularly wish to extend our thoughts, prayers and solidarity to their families, friends and the wider LGBTQI community who will have found the tragic events of the past few days heartbreaking and terrifying.

“We would also like to send our best wishes to the third alleged victim who is recovering from his injuries.

“IMPIC and our affiliated Islamic centers remain safe spaces – our doors will always be open to all worshipers and visitors, no matter who they love.”

A condolence book has been put up for the pair in Dublin at the popular Pantibar.

Those who wish to pay their respects can do so daily from 4-10 p.m. until Monday in the bar lounge on the ground floor.

An Garda Siochana also reminded people that a number of after support services are available to all members of the LGBTQI+ community seeking help at any time, and these are listed on www.garda. ie.

Yousef Palani, 22, with an address in Markievicz Heights in Sligo, appeared in court on Thursday evening in connection with the deaths.

He is charged with the murder of Mr Moffitt at Cartron Heights in Sligo on April 10.

He is also charged with the murder of Mr Snee at the City View Apartments on Connaughton Road in Sligo on April 12. 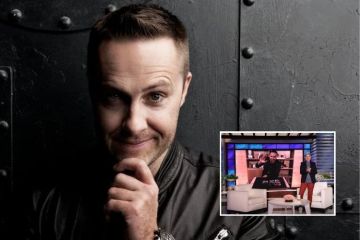 Palani faces a third charge of assault causing serious harm to Anthony Burke, stemming from an incident in Sligo on April 9.

He appeared in Sligo District Court on Thursday evening and is due to appear again next week.