That’s partly because the local Jewish community is tiny – Neal’s mother Nancy Terr recalls that when her family moved there in 1958, locals joked they had doubled the Jewish population from the city.

But it’s also because the Temple Montefiore building has been a church since the 1950s.

Now Terr and others in Las Vegas, New Mexico, a town of about 13,000 about an hour’s drive from Santa Fe, want to buy out Temple Montefiore, the first synagogue in the New Mexico Territory. They launched a crowdfunding campaignsetting a goal of $200,000 by the end of September.

Already they have raised almost half, bringing in hundreds of donations from across the United States and beyond after their advocacy spilled onto social media earlier this month.

The Las Vegas Jewish Community, an official nonprofit since 2010 but an informal group for much longer, has been interested in purchasing the building for more than 20 years, Terr said. But it only went on sale last month, as the local archdiocese intensified its real estate sales to compensate victims of sexual abuse committed by members of the clergy.

When the church announced it would be selling the property, rumors swirled that a local university wanted to buy the land and, well, turn it into a parking lot.

“It got us in trouble thinking about this,” said Terr, who says she has started but not yet completed the application process to list Temple Montefiore on the National Register of Historic Places.

Opened the week before Rosh Hashanah in 1886, the synagogue building was established when the creation of the railroad brought Jewish merchants, mostly of German ancestry, west. 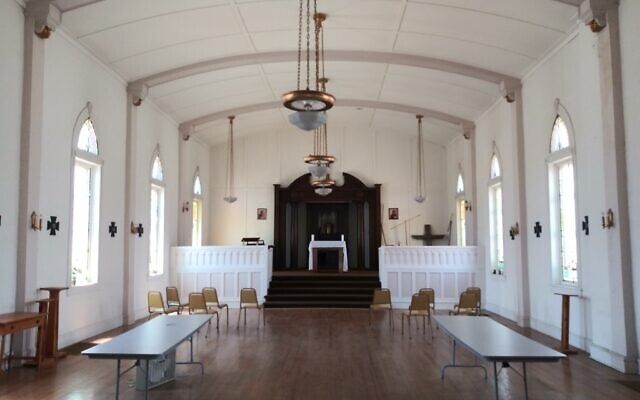 Although Jews were never an outsized population in Las Vegas, they were well regarded in the community. Half of the people who contributed funds for the construction of the synagogue in the 1880s were non-Jews, according to historian Henry Tobias’ “A History of the Jews in New Mexico,” and the opening of the synagogue was accompanied by a performance by a Presbyterian choir. City Mayor Louie Trujillo told the Las Vegas optics in March, “This town wouldn’t be alive without the Jewish merchants who settled here in the 1800s.”

In 1922, as the Jewish community continued to grow, the building was moved to another location a few blocks away. But by 1950 the population had dropped so much that the community could not sustain a congregation, and services at Temple Montefiore were canceled. The Bible Church of Las Vegas purchased the building for $8,000 in 1957, but due to the need for extensive repairs, the church sold the building to the Archdiocese of Santa Fe in 1964, and it is now in use. as a campus Catholic community center in New Mexico. Highland University. 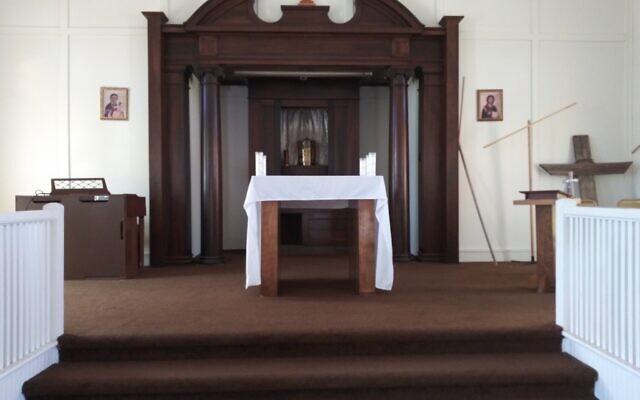 The local Jewish community benefited in the 1990s from a sudden phenomenon of people discovering their crypto-Jewish ancestry — Jewish families who converted to Catholicism during the Spanish Inquisition, but secretly maintained Jewish customs — and embraced their Jewish heritage.

But for 65 years, local Jews have had to travel to Santa Fe, where several synagogues are located, for regular services. They also rented the Temple Montefiore building for special events, according to Terr, but had to cover crosses and other Christian symbols to do so.

Today, the community is small but still offers programs for Jewish residents, including Israeli dance classes, social events, Hanukkah celebrations and cleanings at the historic Montefiore Cemetery, one of the first established Jewish cemeteries. west of the Mississippi River. He also organizes events for international students at the United World College of the American West, a boarding school that is part of a network originally funded by Jewish businessman Armand Hammer. 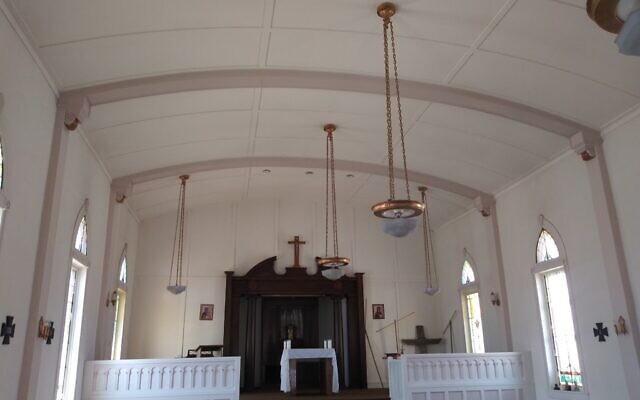 Diana Presser, the band’s former secretary who moved to Las Vegas in the 1990s after visiting and falling in love with the small town, has been involved with the Jewish community ever since.

“For me, the Jewish community is a real blessing,” said Presser, who estimates there are 20 Jews living in Las Vegas. A dozen of them, she said, have held services over the years, sometimes using a visiting rabbi and sometimes on their own, in community members’ homes or in rented spaces.

Now they’ve embarked on a much bigger effort: raising the funds needed to repossess the historic synagogue. The group obtained a bridging loan for the purchase of the synagogue; it also secured funding for its general operations from the Jewish Federation of New Mexico before that group faced unrest amid allegations of harassment and mismanagement against the CEO. (Terr is currently a board member, according to the federation’s website.) 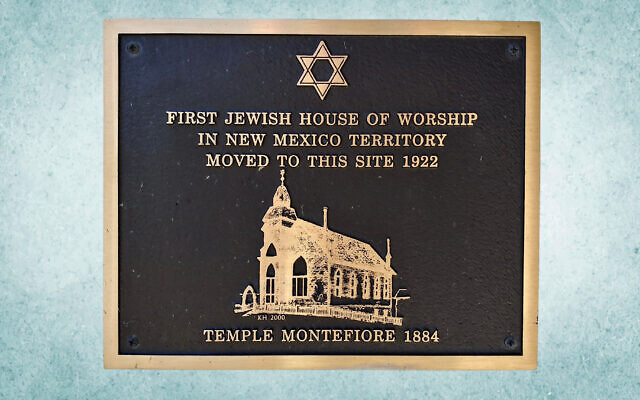 For the first time in more than 60 years, New Mexico’s oldest synagogue could return to Jewish ownership. (Photo courtesy of Jim Terr / Design by Jackie Hajdenberg)

Now, the Las Vegas Jewish community has launched a GoFundMe that as of Thursday raised nearly $100,000. Support has come online and locally from Christians who want to see the community thrive, Terr said, noting they would benefit from having access to local Hebrew classes. The group is increasingly convinced that it can buy the premises, but the cost of maintaining the 136-year-old building remains a concern.

The group has a few role models they can learn from. Last month, the Jewish community of Helena, Montana reached an agreement with the Catholic Church after a month of effort buy out the state’s first synagogue – also partly supported by crowdfunding. In a signing ceremony on August 26, the building was returned to the Jewish community of Montana. Terr hopes his community in Las Vegas will have a similar result and the cooperation of the church.

“It was always a dream to get it back,” Terr said of the Montefiore Temple building. “Wouldn’t it be great to have that?”

You are a dedicated reader

We’re really glad you read X Articles from The Times of Israel over the past month.

That’s why we started The Times of Israel ten years ago – to provide discerning readers like you with must-read coverage of Israel and the Jewish world.

So now we have a request. Unlike other media, we don’t have a paywall in place. But since the journalism we do is expensive, we invite readers to whom The Times of Israel has become important to support our work by joining The Times of Israel community.

For just $6 a month, you can help support our quality journalism while benefiting from The Times of Israel WITHOUT ADVERTISINGas well as access Exclusive content only available to members of the Times of Israel community.

Thanks,
David Horovitz, founding editor of The Times of Israel

Already a member? Log in to stop seeing this