In 1923, plans were set in motion to build an elementary school that would serve the communities of Des Allemands, Paradis, and Bayou Gauche—the St. Charles Parish School Board purchased land from Earnest Dufrene, less than 4,000 feet of Bayou Des Allemands, and this idea became reality.

It became the second public school of the Germans. Unlike most buildings, however, the original German Elementary School building was not one to stay in place. The building has been moved over the years. In 1931 the building was moved by log tram approximately 3,800 feet to the village of Comardelle. Ten years later, it was moved by barge to Bayou Gauche.

And later, in 1959, the school was purchased by American Legion Post 316 and moved to the American Legion Baseball Stadium. The legionnaires are responsible for moving the school building located in Bayou Gauche. He was rolled onto a barge and brought to the edge of the German bayou in front of the Catholic Cemetery. At that point, he was rolled onto a low-bed trailer truck and driven to the American Legion Ball Park. Eventually the building would be expanded and serve the Legion until 1999 when it was sold to St. Charles Parish and used for the recreation department before finally closing.

No matter where it has been over the years, it has impacted countless lives, educating many children in the community, hosting weddings and other celebrations, and establishing itself as a community landmark. Early in the last decade, plans were drawn up to convert the old primary school building into a museum that would serve as a window into the building’s well-traveled and visited past. 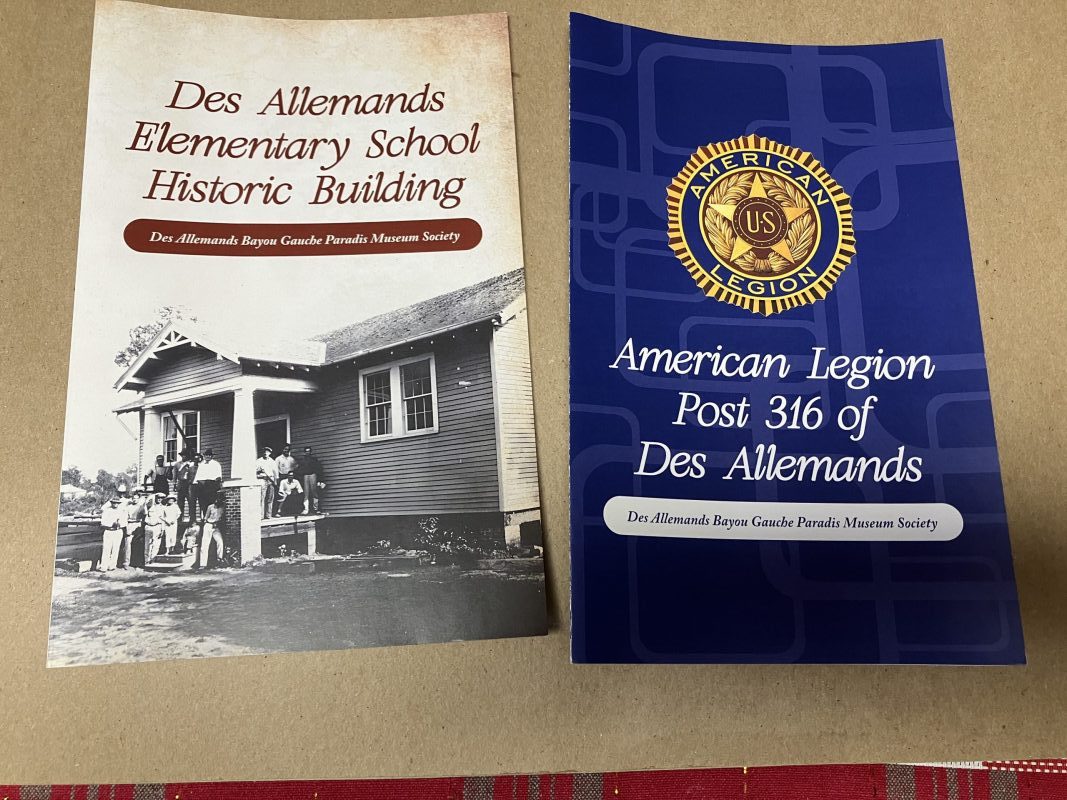 Hurricane Ida changed that plan. The damage sustained proved too extensive for a salvage project, but the group of community historians who planned to convert the building into a museum organized an exhibit of the historic building, including a replica built by Wilbert Naquin.

“We had been working on (the museum project) for a few years, and after the storm, we didn’t want to see it forgotten,” said Roy Lunk of Des Allemands, a member of Des Allemands, Bayou Gauche. , Paradis Museum Society, a non-profit organization established in 2013 to focus on the planned renovation. “To preserve some of that memory, we created a replica and compiled a bit of history to display for people. And Wilbert Naquin did a great job on the replica.

The exhibit is currently on display at the St Charles Parish School Board Building until July 1. At that time, it will be moved to the St Charles Parish Courthouse and will remain in place through July. The continuous posting schedule is as follows: Bibliothèque Paradis in August, Pompiers Paradis in September, Pompiers Des Allemands in October and Pompiers Bayou Gauche in November.

The final destination for the school portion of the exhibit will be at the Germans Primary School, while the Legion exhibit will be on display at St. Charles Parish Library.

“Judging by the response we’ve already received, people seem to like it. Lots of comments from people who remember being at the school or who say their parents went there… the main thing for us is to be able to preserve the history of a building that has been so involved in history of not one, but three communities, between the school and the American Legion.

Lunk added that if the response from the community here is strong, there are plans to create a potential presentation to accompany the exhibit.