Supporters of the dissident Republicans gathered at Derry City Cemetery for an Easter parade on Monday despite calls to postpone the rally.

Saoradh organized the parade on the very day of the third anniversary of the murder of journalist Lyra McKee by her New IRA military wing.

There was a heavy police presence in the area as a PSNI helicopter hovered over the scene, while a police vehicle was positioned on Westland Street near where the parade was taking place.

The political wing of the New IRA was warned of the potential for ‘conflict’ during the ‘National Easter Commemoration of the Unfinished Revolution’.

The Parades Commission ordered participants not to wear paramilitary-style clothing after a complaint from the late writer’s family.

“They have no sense of understanding, no empathy for what we’re going through – there’s no respect for her or for us,” Ms Canning said. 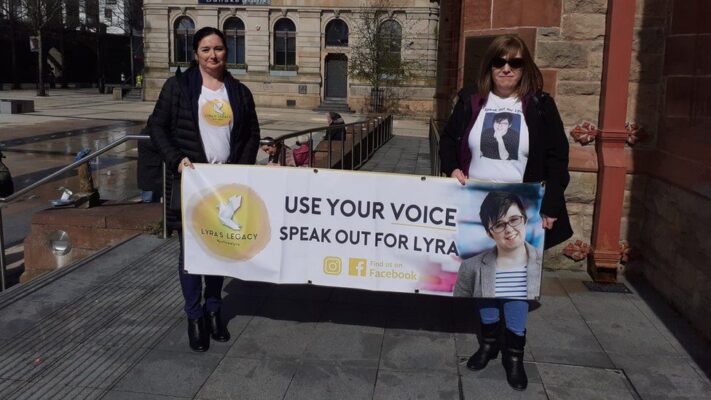 Vigils were held at Guildhall in Derry and St Anne’s Cathedral in Belfast to mark the third anniversary of the brutal murder of Ms McKee during orchestrated riots in Creggan.

SDLP leader Colum Eastwood has hit out at those organizing today’s ‘unfinished revolutionary’ parade in the city.

The MP for Foyle tweeted: “The people of Derry stand with the family of Lyra McKee today. We will not be set back by this nonsense.

“You don’t represent anyone, you won’t achieve anything, your time is up.