The Hambletonian harness racing trophy is trotting’s most elusive prize.

Beyond the staggering odds of having the only 3-year-old trotter in the world better than all others on a Saturday in August, the trophy remains in the custody of The Meadowlands after the day’s celebration, due to its value and the risk of damage. Although no one really owns a Hambletonian trophy, anyone can now own a design by the artist who created it.

For decades, a few words in the Hambletonian media guide only mentioned in passing Laura Gardin Fraser for her design of a horse’s head on the Revere Bowl which has been the Hambletonian trophy since Peter Astra won it in 1939.

“This [the trophy] features a bas-relief of a horse’s head designed by Laura Fraser for Park Avenue [New York] design firm of Warren D. Perry” reads the line in the guide.

When the Hambletonian Society chose Fraser to top the prize for the classic trotting race, she was already a prolific and accomplished carver. A lifelong rider who learned to play polo when she was commissioned to create a polo medal, her drawings of animals, ranging from Irish setters to goats, have been praised for their detailed and lifelike depiction.

Fraser, born in 1889 and raised in New York, was educated at the Horace Mann School, Columbia University, and the Art Students League. She was best known for her medals and coins, including the Army and Navy Chaplain’s Medals, a Congressional Medal commemorating Charles Lindbergh’s Flight, and the Granite Pegasus at Brookgreen Gardens in Murrells Inlet , South Carolina. His bronze statue of Fair Play, father of Man O’ War, stands guard over the Normandy Farm Horse Cemetery on Paris Pike in Lexington.

Her design of the Alabama Centennial Half Dollar in 1921 made her the first woman to design a coin for the US Treasury. In 1935, she was the only woman among six sculptors invited to submit a design for a statue representing the last meeting of Stonewall Jackson and Robert E. Lee before the Battle of Chancellorsville in 1863, to be erected in Baltimore. His design was chosen and completed in 1948 as the only double equestrian statue in the country. The statue was vandalized and then removed in 2017 by unanimous vote of the city council, as it was seen as a symbol of racial injustice. 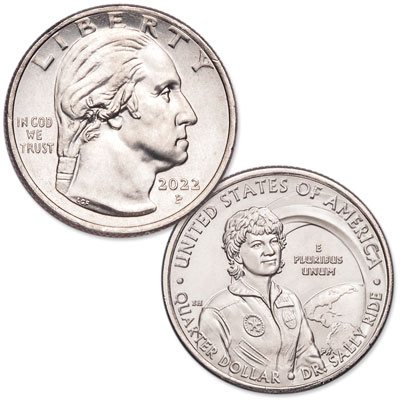 It was easy to see that Laura Fraser was up to the task of creating a simple silver horse’s head. What could not have been foreseen is that in 2022, 83 years after the completion of the Hambletonian Trophy and 56 years after his death in 1966, his work would be in the pockets of almost every American.

In 1931, she won a competition to determine the design of a new neighborhood commemorating the bicentennial of the birth of George Washington. His bid won that competition with praise for its “simplicity, straightforwardness, and nobility”, from the United States Commission of Fine Arts, as recommended to then-Treasury Secretary Andrew Mellon. Mellon, however, chose a design by contestant John Flannigan, which continues to be hit to this day.

This year, finally, the image of Washington created by Fraser in 1931 will be put to full use in a series of four-year quarters celebrating 20 remarkable women in American history. Until 2025 Fraser’s Washington image will be used for the American Women’s Quarters series that currently has three drawings in circulation – poet Maya Angelou, astronaut Sally Ride, and Cherokee chef Wilma Mankiller.

Laura Fraser died on August 13, 1966, two weeks before the owners of Kerry Way posed in Du Quoin, Illinois, with the trophy bearing her creation. She is buried in Willowbrook Cemetery in Westport, Connecticut, where she and her husband, James Earle Fraser, also a sculptor, built a studio after their marriage in 1913.

by Ellen Harvey, for the Hambletonian Society