McKinney, Texas — The North Texas Fallen Warrior Portrait Project will present six portraits of young men from Collin County who died serving our country at a ceremony Monday, June 6, at 11:00 a.m. at the Russell A Steindam Courts Building, 2100 Bloomdale Road, McKinney. The portraits will be added to the 82 already exhibited in the “Hall of Heroes” of the courthouse. There are 431 names engraved on the “Wall of Honor” at Collin County Veterans Memorial Park in McKinney, and the goal of the project is to put as many faces with those names as possible. The five heroes to be honored are:

JASPER T. SMITH, 25, Blue Ridge. US Army Air Corps, Tech/Sgt. Radio technician at the 702nd Bomb Squadron. KIA on April 1, 1944 after a bombing mission, when its heavily damaged aircraft crashed near the village of Long Stratton, a few miles from its home port of Tibbenham, Norfolk, England. One of six crew members who died. He was buried in Pecan Grove Cemetery in McKinney in 1948. WWII. 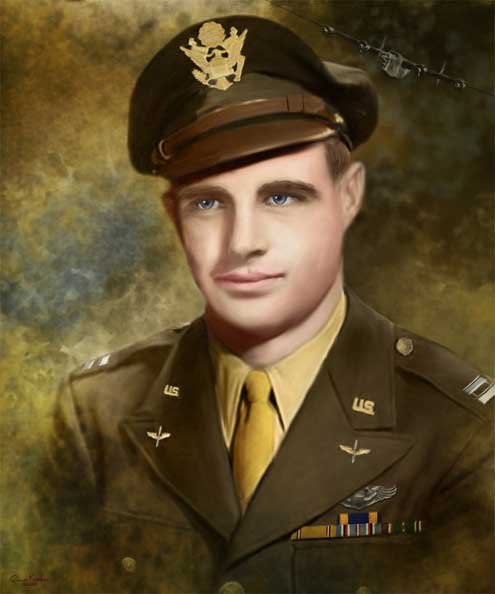 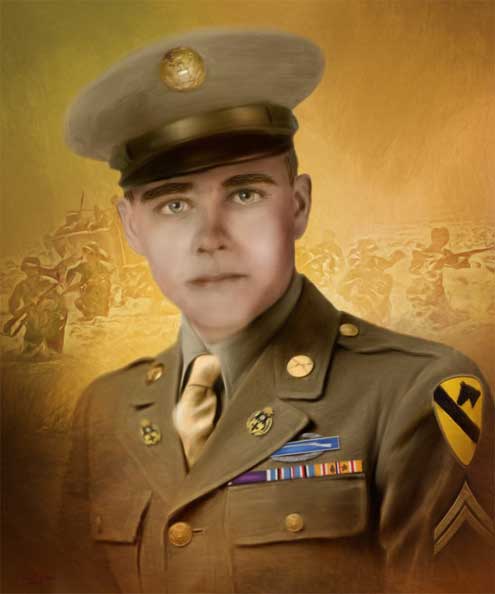 HAROLD LEE DERRYBERRY, 22, Frisco and McKinney High School class of 1938. US Army, Cpl. Troop A, 5th Cavalry, 1st Cavalry Division. Wounded at Los Negros in the Pacific. KIA on November 29, 1944 on the island of Leyte in the Philippines and was buried there. In September 1948 his body was returned to McKinney and reinterred in Pecan Grove Cemetery, McKinney. Jerral Derryberry’s brother. THE SECOND WORLD WAR. 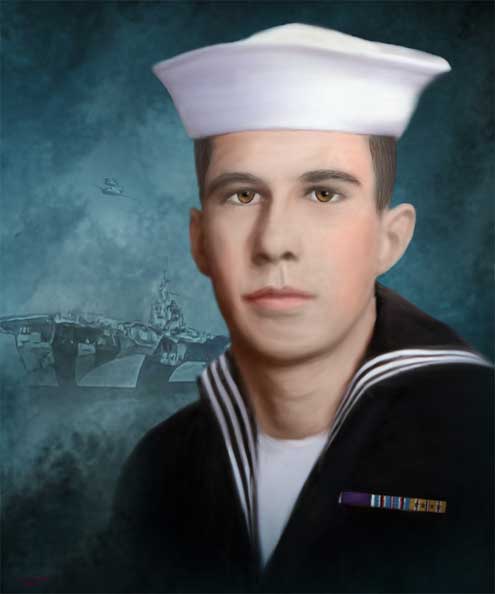 GUYNN L. ANDERSON, 19, McKinney High School class of 1942. US Navy, coxswain. KIA while serving on the USS Franklin CV-13. On March 19, 1945, the Franklin was the closest ship to the Japanese mainland, securing a position 50 miles from Japan to launch strike missions. While on station, the ship was struck by a single Japanese bomber, the “Kamikaze attack”, killing 807 of her crew and wounding 487 others. The USS Franklin had the most casualties of any warship surviving World War II and was only the second. at the USS Arizona which was sunk at Pearl Harbor. Name inscribed on tablets of the missing at the Honolulu Memorial. Missing buried at sea. WWII. 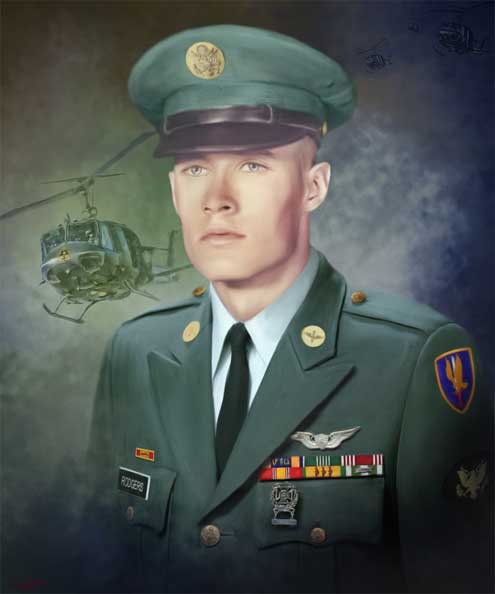 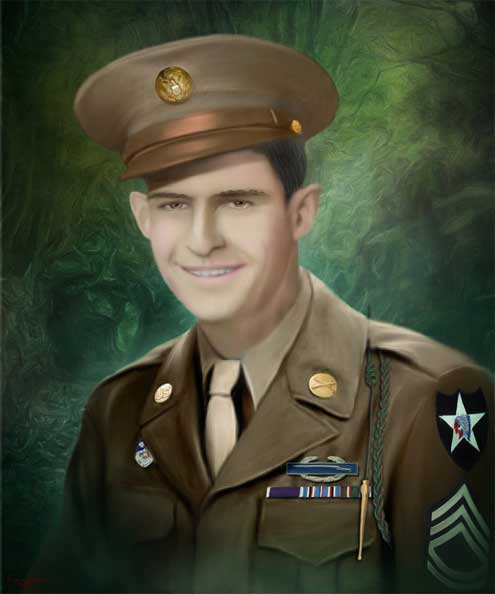