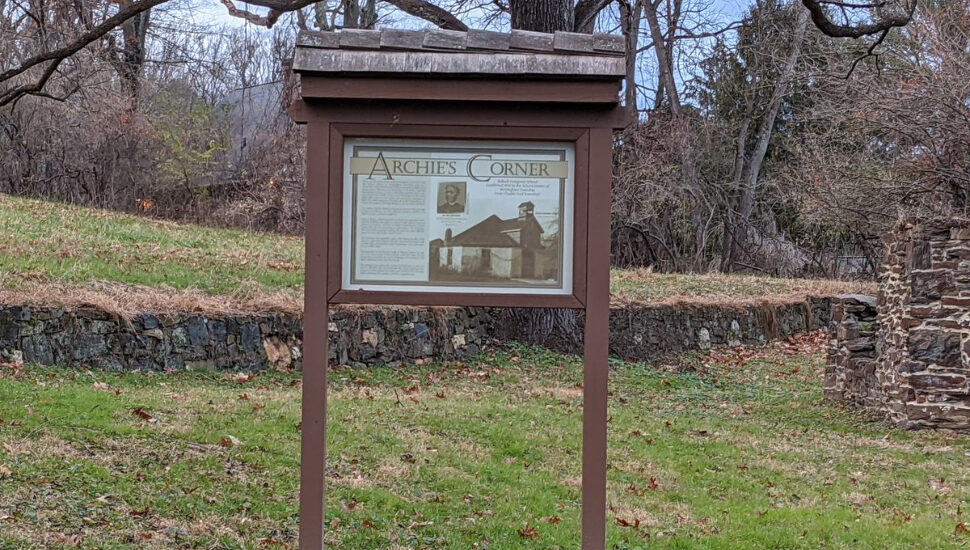 Archie’s Corner at Chadds Ford is a hidden wonder that offers a glimpse into the past and connects with Andrew Wyeth, one of America’s greatest artists of the 20th century, writes Atlas Obscura.

The ruins on the site were originally the octagonal Bullock Schoolhouse, built in 1838. The eight-sided design was popular in the 1830s as it placed teachers in the center of the room, giving them supervision of the whole classroom.

When a new school was built on the neighboring property in 1875, the octagonal Bullock Schoolhouse was sold. In 1891 the property was acquired by Lydia A. Archie, a black preacher who built a church on the site.

The church was a meeting place for the African Protestant Methodist Union (AUMP) congregation of “Mother” Archie until her death in 1932. There is still a cemetery next to the ruins of the building, but only some terminals remain visible.

The name Archie’s Corner is derived from a 1953 painting by Wyeth. The Chadds Ford native frequently visited the ruins to sketch.

A historical marker was erected on the site by the Township of Chadds Ford, which now owns the land.